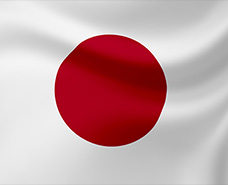 Japan is an island nation in East Asia located in the Pacific Ocean and has total of 6852 islands. The islands of Japan are located in a volcanic zone on the Pacific Ring of Fire. The four main islands are Hokkaido, Honshu, Shikoku, and Kyushu.

Japan has the world's tenth-largest population, with over 127 million people. The Greater Tokyo Area, which includes Tokyo and several surrounding prefectures, is the largest metropolitan area in the world, with over 30 million residents. 98.5% of people are Japanese and there’re small groups of foreigners.

Japan is a constitutional monarchy where the power of the Emperor is very limited. As a ceremonial figurehead, he is defined by the constitution as "the symbol of the state and of the unity of the people". Power is held chiefly by the Prime Minister of Japan and other elected members of the Diet, while sovereignty is vested in the Japanese people.

The climate of Japan is predominantly temperate, but varies greatly from north to south. Japan's geographical features divide it into six principal climatic zones: Hokkaido, Sea of Japan, Central Highland, Seto Inland Sea, Pacific Ocean, and Ryukyu Islands. The northernmost zone, Hokkaido, has a humid continental climate with long, cold winters and very warm to cool summers. Precipitation is not heavy, but the islands usually develop deep snow banks in the winter. In most of Honshu, the rainy season begins before the middle of June and lasts about six weeks. In late summer and early autumn, typhoons often bring heavy rain.

More than 99 percent of the population speaks Japanese as their first language. It is an agglutinative language distinguished by a system of honorifics reflecting the ranked nature of Japanese society, with verb forms and particular vocabulary representing the relative status of speaker and listener. Japanese writing uses kanji (Chinese characters) and two sets of kana (syllabifies based on simplified Chinese characters).

96 percent of the Japanese population following to Buddhism or Shinto, including a large number of followers of a syncretism of both religions. However, these estimates are based on people joined with a temple, rather than the number of true believers. Other studies have suggested that only 30 percent of the population identify themselves as belonging to a religion. Nevertheless the level of participation remains high, especially during festivals and occasions such as the first shrine visit of the New Year. Taoism and Confucianism from China have also influenced Japanese beliefs and customs. Less than one percent of Japanese are Christian. In addition, since the mid-19th century numerous new religious movements have emerged in Japan.

Japanese cuisine is based on combining staple foods, typically Japanese rice or noodles, with a soup and Okazu (side dish to go with rice) — dishes made from fish, vegetable, tofu and the like – to add flavor to the main food. In the early modern era ingredients such as red meats that had previously not been widely used in Japan were introduced. Japanese cuisine is known for its importance on seasonality of food, quality of ingredients and presentation. Japanese cuisine offers a huge collection of regional specialties that use traditional recipes and local ingredients. The Michelin Guide has awarded Japanese cities more Michelin stars than the rest of the world combined.

Matsuri is the Japanese word for a festival or holiday. In Japan, festivals are usually sponsored by a local shrine or temple, though they can be secular. There are no specific Matsuri days for all of Japan; dates vary from area to area, and even within a specific area, but festival days do tend to cluster around traditional holidays such as Setsubun or Obon. Almost every locale has at least one Matsuri in late summer/early autumn, usually related to the rice harvest..

Japanese popular culture not only reflects the attitudes and concerns of these days, but also provides a connection to the previous time. Popular films, television programs, manga, music, and video games all advanced from older artistic and literary traditions, and many of their themes and styles of presentation can be traced to traditional art forms. Contemporary forms of popular culture, much like the traditional forms, provide not only entertainment but also an escape for the contemporary Japanese from the problems of an industrial world. Many anime and manga are very popular around the world and continue to become popular, as well as Japanese video games, music, fashion, and game shows. A wide variety of types of popular entertainment are available. There is a large selection of music, films, and the products of a huge comic book industry, among other forms of entertainment, from which to choose. Game centers, bowling alleys, and karaoke are popular hangout places for teens while older people may play shogi or go in specialized parlors.