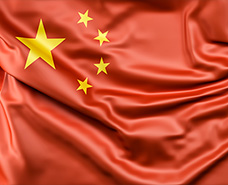 China (Officially People's Republic of China) is the world's most-populous country, with a population of over 1.3 billion. The East Asian state covers approximately 9.6 million square kilometers, and is the world's second-largest country by land area, and the fourth-largest in total area. The People's Republic of China is a single-party state governed by the Communist Party of China. It exercises jurisdiction over 22 provinces, five autonomous regions, four directly-controlled municipalities (Beijing, Tianjin, Shanghai, and Chongqing), and two mostly self-governing special administrative regions, Hong Kong and Macau.

China's climate is generally controlled by dry seasons and rainy season, which lead to a marked temperature differences between winter and summer. In the winter, northern winds coming from high-latitude areas are cold and dry; in summer, southern winds from coastal areas at lower latitudes are warm and moist. The climate in China differs from region to region because of the country's extensive and complex landscape.

China’s total population is about 22% of total population of world. With a population of over 1.3 billion and dwindling natural resources, China is very concerned about its population growth and has attempted, with mixed results, to implement a strict family planning policy. The government's goal is one child per family, with exceptions for ethnic minorities and a degree of flexibility in rural areas. China officially distinguishes 56 separate ethnic groups, the largest of which are the Han Chinese, who establish about 91.51% of the total population.

Chinese is the official language to use in China. The most spoken varieties are Mandarin and Cantonese. Standard Mandarin, a variety of Mandarin based on the Beijing dialect, is the official national language of China and is used as a lingua franca between people of different linguistic backgrounds.

Private car ownership is growing rapidly in China, which surpassed the United States as the world's largest automobile market in 2009, with total car sales of over 13.6 million. China also possesses the world's longest high-speed rail network, with over 9,676 km of service routes. Domestic air travel has been developed significantly in recent decades, but long-distance transportation remains dominated by railways and charter bus systems. Rapid transit systems are also rapidly developing in China's major cities, in the form of networks of underground or light rail systems.