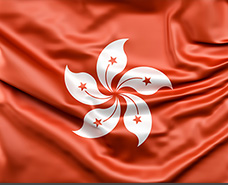 Hong Kong is one of two Special Administrative Regions of the People's Republic of China. Under the principle of "one country, two systems", Hong Kong has a different political system from mainland China. Hong Kong's independent judiciary functions under the common law framework. The Basic Law of Hong Kong, its constitutional document, which stipulates that Hong Kong shall have a "high degree of autonomy" in all matters except foreign relations and military defense, governs its political system. As one of the world's leading international financial centers, Hong Kong has a major capitalist service economy characterized by low taxation and free trade, and the currency, Hong Kong dollar, is the 8th most traded currency in the world.

Hong Kong has a humid subtropical climate. Summer is hot and humid with occasional showers and thunderstorms, and warm air coming from the southwest. Summer is when typhoons are most likely, sometimes resulting in flooding or landslides. Winters are mild and usually start sunny, becoming cloudier towards February; the occasional cold front brings strong, cooling winds from the north. The most temperate seasons are spring, which can be changeable, and autumn, which is generally sunny and dry.

The territory's population is 7.03 million. About 95% of the people of Hong Kong are of Chinese descent, the majority of who are Taishanese, Chiu Chow, other Cantonese people, and Hakka. Hong Kong's Han majority originate mainly from the Guangzhou and Taishan regions in Guangdong province. The remaining 5% of the population is composed of non-ethnic Chinese. There is a South Asian population of Indians, Pakistanis and Nepalese; some Vietnamese refugees have become permanent residents of Hong Kong. There are also Europeans (mostly British), Americans, Canadians, Japanese, and Koreans working in the city's commercial and financial sector. In 2008, there were an estimate of 252,500 foreign domestic helpers from Indonesia and the Philippines working in Hong Kong.

Hong Kong’s official language is Cantonese, a Chinese language originating from Guangdong province to the north of Hong Kong. English is also an official language, and according to a 1996 by-census is spoken by 3.1 percent of the population as an everyday language and by 34.9 percent of the population as a second language. Signs displaying both Chinese and English are common throughout the territory.

Hong Kong enjoys a high degree of religious freedom, guaranteed by the Basic Law. Hong Kong's main religions are Buddhism, Taoism, and Confucianism; a local religious scholar in contact with major denominations estimates there are approximately 1.5 million Buddhists and Taoists. A Christian community of around 600,000 forms about 8% of the total population; it is nearly equally divided between Catholics and Protestants, although smaller Christian communities exist, including the Latter-Day Saints and Jehovah's Witnesses. The Anglican and Roman Catholic churches each freely appoint their own bishops, unlike in mainland China. There are also Sikh, Muslim, Jewish, Hindu and Baha’i communities.

Hong Kong is frequently described as a place where "East meets West", reflecting the culture's mix of the territory's Chinese roots with influences from its time as a British colony. Hong Kong balances a modernized way of life with traditional Chinese practices. Concepts like feng shui are taken very seriously, with expensive construction projects often hiring expert consultants, and are often believed to make or break a business. Other objects like Ba gua mirrors are still regularly used to deflect evil spirits, and buildings often lack any floor number that has a 4 in it, due to its similarity to the word for "die" in Cantonese. The fusion of east and west also characterizes Hong Kong's cuisine, where dim sum, hot pot, and fast food restaurants coexist with haute cuisine.

Hong Kong's transportation network is highly developed. Over 90% of daily travels (11 million) are on public transport, the highest such percentage in the world. Payment can be made using the Octopus card, a stored value system introduced by the Mass Transit Railway (MTR), which is widely accepted on railways, buses and ferries, and accepted like cash at other outlets.